Last week it was my stepdads birthday, and he could think of no better way to celebrate than with me, fishing. I agree, I don’t know a better way he could have spent his birthday either. Weeks before we meet up he’s asking me, “Did you look up Mike yet?” No, I never looked up Mike, our charter captain. I, of course, save this until the last minute and wait until I get there to do so. Mike Delph, son of famous charter captain, Ralph Delph. Now I’m excited.

Actually this was me excited about a pub sub, but honestly, who wouldn’t be that happy? After we pick up lunch we head to the dolphin deli to grab breakfast and wait out the rain. Our plans to go bottom fishing for grouper and snapper are slowly fading away as the winds pick up and we try to come up with a plan to salvage the day. Mike suggests we go tarpon fishing instead. Why not? I haven’t been in close to 20 years it’s about time. We grab some fuel and some bait and we’re off. We find a flat and despite the strong winds Mike poles us through anyway. We keep an eye out for maybe an hour but don’t have a single sighting or a bite. On to the next place. 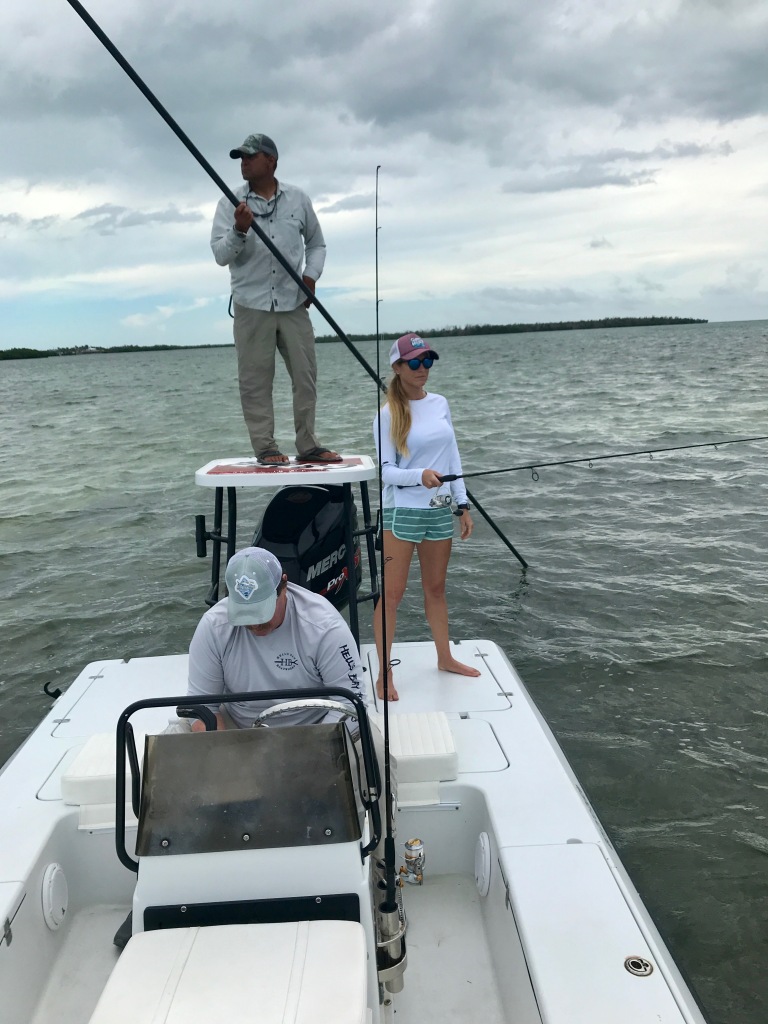 Pardon my face, I’m actually really excited, just hiding it well. We swing around to the other side of the island and find some mangrove tunnels that get us out of the wind and give us our first bite! Tarpon on! I didn’t believe this would happen… and it didn’t. I barely put up a fight before the line snaps as the fish jumps and swims back to freedom. My sweet victory is short lived but I am revived with new optimism and hungry for more. After several hours of baking in the sun we surrender and decide to pack it in. Mike takes off swerving through the mangrove tunnels like a madman. All I can think is we are most certainly going to hit a sand bar and death will quickly take me. Mike is the definition of local knowledge. Having grown up in the keys he knows exactly where to go and when. After 5 minutes of repeatedly saying “we’re all gonna die,” I realize I’m in good hands and just enjoy the ride.

The next day my stepdad leaves me early in the morning and I attempt to find something to do with my day. Mike has a few veterans from wounded warrior he is taking out and invites me to join along. Still attempting to hide from with winds we head to a different location than the previous day.  Instead of tarpon fishing, Mike decides we will go shark fishing instead. We head out in the direction of the Dry Tortuga’s and talk about the huge beach clean up the veterans did the day before in Miami. Good guys working at a good cause, I can’t tell you how inspired I am after talking to them. We get to the shallows and before we even cast a bait we can start pointing out sharks. Minutes later we have our first shark on and our first fight. The day continues on like this for all of us. No less than two to three sharks a piece. We pull in mostly lemon sharks using circle hooks, which come heavily recommended, it’s much smaller than most hooks used for shark fishing and it typically sets in the fleshy side of the mouth doing less damage to the shark. Also, fun fact about lemons, they give birth to live pups!  And what can I say but it was an incredible success for everyone. 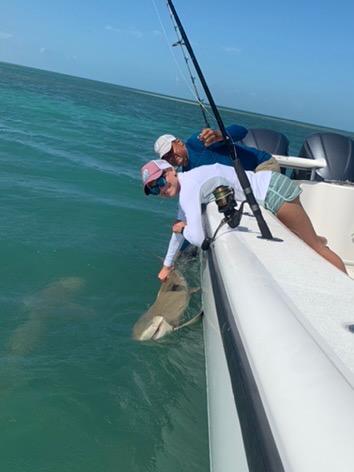 Thank you again, Mike, for such an amazing weekend.