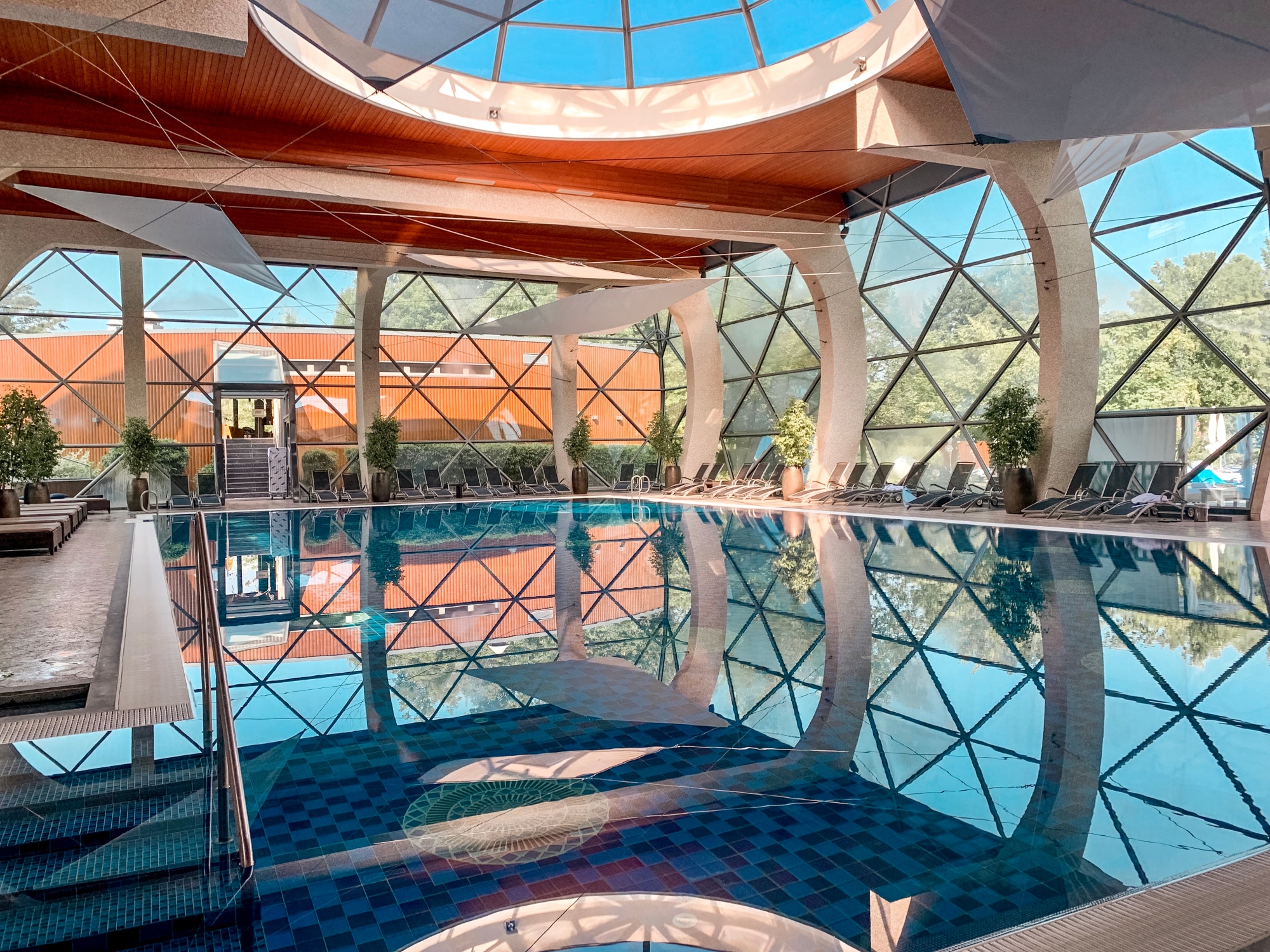 Hold onto your pants kids, I know I should have written this a while ago, but it’s happening now. I got an invite to a “spa” in Europe a bit ago and let’s say I was bribed and deceived as to where I was going.

Setting: Eastern Europe, old signs of previous communist occupation and enough sunflower fields to satisfy the basic white girl needs of the entire US of A. Yes, yes this place was indeed a spa. Located across from a water park and farm field is the Spirit Hotel… the 5 stars is built into the name. This hotel is no doubt beautiful. It boasts 22 pools, med-spa’s, clay top tennis court and more. However, if you think this is an adult destination you are mistaken. People travel far and wide for this hotel and it is more of a family resort. There are a few pools that do not allow those under the age of 14 if you are looking to take a break from the kids. The rest of the area is built with kids in mind. Plenty of shallow areas, waterfalls and alcoves to swim in and out of. If your kid is in floaties or the next Michael Phelps, they will be at home here.

A few hours away is Budapest. We all crammed into Leo and ventured toward the big city for the weekend. To our surprise, the formula one race was that weekend. We bought last minute general admin tickets and proceeded to pick them up that weekend. On Friday we arrive to the will call gate that we are told is close to the type of ticket we have purchased. Unsatisfied with that answer, Vivi pushes up the aluminum shutter over the window and finds someone behind the counter. “We’ve come all the way from the US for this race!!” While this is true, we are all from the US, we mostly got lucky there was a race. But the small white lie works and the man goes to get our tickets. We have a few hours to wonder around the grounds before it closes and we are grateful to Vivi, who’s name has now become a verb. After perusing the grandstands and concert platforms we make our way to the mile long taxi line. Again Vivi steps to the plate and finds us a taxi down the road. I now have a new role model in my life and her name… Vivi. That night I found us a Michelin star rated restaurant that boasted a vodka tasting. The Arany Kaviar is simple elegance decorated with basic black and whites and bottles of Champagne filling the garden in the back. After browsing the wine menu we decide to stick with vodka. The staff is all extremely educated in the menu and suggests starting with a Russian vodka. We each receive a glass and toast and next thing you know Vivi’s is gone. “This isn’t a frat house!” we exclaim. “oh… ” as she steals Carlos’ who hasn’t shown up yet. The rest of the meal… Flawless. All in all dinner took us three hours, a bit long for my preference, but still very good. 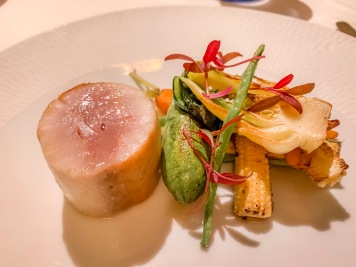 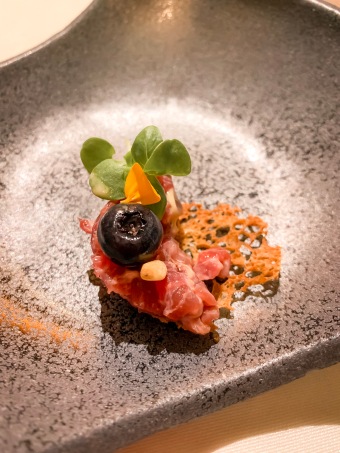 The following day was the big day, my first formula one race. After we went for a morning run that thankfully led to coffee, we headed out to the track. Our taxi driver went from main roads to back roads to dirt paths I’m sure were not roads but eventually got us there despite a few stops telling people how horrible their driving was. By this time it is mid day so finding somewhere to sit for the 5 of us was a little limited. A few beer and Red Bull later we found ourself sitting just outside the fence watching the cars downshift through a turn. For years my text and ring tone have been formula one sounds and now I’m hearing them in person. 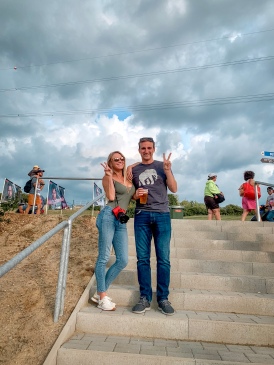 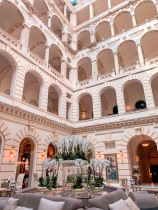 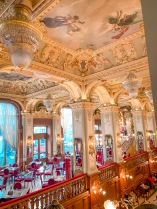 Back to Sarvar. I learned many things on this trip. Like peanut butter is a commodity in Eastern Europe and Sarvar means ‘stupid baby’ in mandarin. Sarvar comes with a few phases: First, you love it; second, you hate it; third, you’re sad; fourth, you feel nothing and this is cyclical. Fortunately I only made it to the first part of stage two and that was mostly because of the food. I thought I got lucky one day finding a place with a veggie burger. I requested my order without cheese and was brought a bun with lettuce and tomato. I asked where the patty was and the waiter laughed and informed me it wouldn’t be veggie with a patty. Clearly I’m an idiot. Later I was told that in Hungary cheese is the vegetarian/vegan option for everything. If you ask for something without cheese you are being plain ridiculous (hence me being me). From Sarvar we went to Prague, we have limited time here so why not make the most of it. Prague is a huge city and very beautiful to walk. There is something for everyone whether you want to take in history or enjoy various types of cuisine. We had authentic Indian curry, amazing sushi and unique hand crafted drinks on a rooftop overlooking the river. I don’t know how I manage to be such a lucky girl to experience this much of the world but I hope the adventure never stops.

2 thoughts on “It Means ‘Stupid Baby’”